For the foodies who prefer unique experiences, better categorized. Made so foreigners don’t go reading “best Jewel Changi Airport food” articles and think only fast food options like A&W, Shake Shack and Pink Fish are worth eating in Jewel Changi.

While reporters, journalists, bloggers and Instagrammers swamp to the new Jewel Changi Airport reporting news about long queues for A&W, selected lists of eateries, and first looks to jump on the hype train, the Fat Boi’s taking a slower approach to bring you the real dining guide to maximizing your visit to Jewel Changi Airport by listing the directory of 112 dining options into better categories.

I try to use community based reviews to support building this list. Within each category it’s arranged alphabetical order.

For Michelin awarded stores: The awards don’t belong to the brand, but is given to only one of the stores. Since these stores all newly opened, any Michelin award refers to the other branch. Whether this translates to the store here is another matter.

Unique Singaporean food hits this category. Foreigners should eat something from this list.

Serves local noodles (Mee Pok, Bak Chor Mee, Fish ball noodles) and beverages (Teh/Tea, Coffee/Kopi). Not exciting for Singaporeans since Fei Siong is pretty commonly found in malls, but for foreigners this is a good gateway into our local cuisine. The company started in 1993 selling Fishball noodles, but expanded to become a chain of various food establishments serving local food.

Founded in 1941 serving Nanyang (South East Asia) coffee and kaya toasts. Not exciting for Singaporeans since pretty commonly found in malls, but for foreigners this is a good gateway into our local culture.

Serves Singapore-inspired burgers, wraps, and desserts, fast food form. A peek into our local culture if you only have 5 minutes to spare, but otherwise I don’t see much of a point for travellers. Somewhat exciting for Singaporeans since this is something we can call “McDonald’s with local flavors”, but won’t hit close to our ‘Must try’ lists.

Opened in 1987. You can try our Chili crab and Black Pepper crabs here.

It’s hard to say that Durian is uniquely Singaporean, since we import the fruit, but eating Durian is definitely part of the Singaporean experience. Serves a variety of Durian desserts. Durian desserts are typically less strong than the actual fruit, so it can be a good starting point for those who want to try the fruit. Throughout history people actually like the fruit so don’t dismiss it without trying.

An old brand in Singapore with about 50 years of history. A good place to try curry puffs, spring rolls, yam cakes and other snacks.

Halal. An old brand in Singapore with about 50 years of history. A good place to try curry puffs, spring rolls, yam cakes and other snacks.

Opened in 1983 serving Hainanese Chicken Rice. Later on added Peranakan menu items. Reviews are average to good, so they probably won’t be the first choice to recommend, but they do serve a variety of other food here and is a restaurant compared to the normally recommended hawkers.

Started as a food cart in the 1960s to a local chain serving Teochew-style Bak Kut Teh, a peppery pork soup typically served with pork ribs and traditionally eaten with tea. Michelin Bib Gourmand.

Tiger Beer is a local brand of beer. Not mentioned on Jewel Changi’s website, but they collaborated with local music and F&B group, Timbre and Tze Char stall Keng Eng Kee, Michelin Plate.

Like Fun Toast, but even more commonly found in malls. Serves Nanyang (South East Asia) coffee and kaya toasts. For foreigners another good gateway into our local culture.

Serves White Bee Hoon/White Rice Vermicelli and other Tze Char. No, this isn’t Singapore Noodles… Although White Bee Hoon is claimed to be pretty unique to Singapore.

There isn’t another Gelato shop like this – ditching all time favorites like chocolate and vanilla for White Chrysanthemum, Pandan, Strawberry Basil, which can be supplemented by a Thyme-infused cone. Not only made for the gram, it received stellar reviews from the community and then receiving a Michelin Plate. 2nd store in Singapore. Applying for Halal.

An ice cream shop in Hokkaido’s Naganuma serving ice cream made with Hokkaido milk. Not Singaporean, and is actually the third store in Singapore, but they have small worldwide presence.

Doesn’t have many stores, but famous because of Michelin. However their existing outlets in Singapore received pretty average reviews.

A Japanese restaurant that serves a menu changing according to the seasons. By Suju Masayuki, a chef who runs 7 stores in Japan and 1 more in Orchard, Singapore.

Second store in Singapore. Serves Korean Fried Chicken. Seems to be popular with Korean expats and has good reviews.

Options that are great for Singaporeans, but not necessarily for foreigners.

Came back to Singapore after 16 years. Exciting for Singaporeans maybe. Waiting for Halal certification.

Brands with small presence overseas. Most of them have existing chains in Singapore already, but can be exciting for Singaporeans and foreigners alike. Eat the world.

3rd store in Singapore. Japanese confectionery and chocolatier with nearly a thousand shops in Japan.

Coffee house by the folks behind Paris Baguette and Maison de PB, which is by SPC Group, a Korean company. A pain to classify because they have so many brand names under SPC Group.

A coffee chain by Korean mobile payment services company. Almost a hundred local chains in Korea, but only seven in Malaysia and this is the third in Singapore.

A Hawaiian cafe chain opened in 1974 serving brunch style egg dishes and desserts like crepes and pancakes. Though, I thought was Japanese since they had a larger presence in Japan.

Has about 50 restaurants in Japan, and about 10 in Singapore. Serves Japanese Yoshoku, or Japanese style Western food.

Mala flavored snacks or small bites like duck necks, chicken feet, fish ball with fish roes and lotus roots. They have over 9000 outlets worldwide (8000+ in China) but somehow still doesn’t have their own domain name…

Swiss chocolatier with sweet beginnings in 1962. Known for their FrischSchoggi (Fresh Chocolate) and very established in Switzerland. Though it does come with a price.

New York brand selling Mille Crêpes, though what they sell isn’t tied to the cuisine of any country. Average reviews for the existing branches in Singapore.

Serves Hokkaido Soup Curry. Doesn’t have many chains (less than 10?), but it seems like the few stores in Hokkaido are very popular.

Bubble tea chain for the grammers. Has the most chains in China, though is opened in Taiwan.

Japanese cookies, cake, ice cream from a chain in Tokyo (9 stores, and 6 overseas). On another note, their slogan <“ほおがおちる” (Hoppe ga ochiru) which literally means “Your Cheeks Drop“> bothered me a bit since the Hiragana and romaji are different. Though, I don’t know enough Japanese culture to know if that is acceptable.

Has over 150 stores in China, but this is their first outlet overseas.

Malaysian chain of bakery’s first chain in Singapore. Prices are 2-3x compared to Malaysia, though the items might still be worth buying for the quality. Applying for Halal.

These are brands that Singaporeans will be familiar with. Not necessarily uniquely Singaporean food.

For Tourists and one-stop travellers: Most food here aren’t unique to Singapore, but may have a certain Singaporean flair to them.

Singaporeans: No reason to travel to Jewel just to eat this.

Established in 2008 and serves Southern Chinese and South East Asian Chinese claypot dishes. Familiar taste to Singaporean Chinese, but not entirely unique. About 20 outlets in Singapore.

A concept by the Paradise Group, which was established in 2002, serving hot pots that are really more Chinese than Singaporean.

Another concept by the Paradise Group. Serves Chinese noodles.

Serves Heng Hwa or Putian food. It’s focus is on the flavors from Fujian, China, so this definitely isn’t uniquely Singaporean. However Putian flavors became popular very quickly and can now be found in many food courts and hawker centers. One Michelin Star.

Opened in 1991, now has about 15 locations in Singapore. Known for their Samsui Ginger Chicken, a traditional dish made by Samsui women in Singapore during the 1920s to 1940s and Herbal Soups. Samsui Ginger Chicken is also known as White Cut Chicken or Bai Qie Ji in China and Hong Kong, so it remains debatable as to whether this should be something foreigners must try.

By Shangri-La, a hotel and hospitality group. Serves Cantonese, Huaiyang, and Sichuan cuisine.

Opened in Singapore by a Japanese 37 years ago, serving Japanese Yoshoku or Japanese-style Western dishes.

Brands opened in Singapore usually to introduce new food or cuisines to Singapore.

For Tourists and one-stop travellers: Avoid if your aim is to find food unique to Singapore. Great if you just want to eat the world and don’t care about Singaporean food.

Singaporeans: No reason to travel to Jewel just to eat this, though can be worth trying if you haven’t ate at the other branches.

Opened in 2014 or slightly after. Serves Hawaiian Poké.

Serves Brunch, pastas, and Asian food. More of a good place to chill.

Though I put this here it has only one other outlet in Singapore and one more in Bali. Bar and Grill.

A small chain of restaurants serving Teochew cuisine from Swatow, Guangdong. Opened in 2010, though there was another “Swatow Restaurant Group” that closed in 1992. I have no idea whether these two chains are affiliated. From the name, this branch seems to serve small bites.

Serves a fusion of Japanese and American.

New brands that nobody knows how they will fare. For the adventurous.

European with local flavors. Definitely not traditional local, so I find it hard to introduce this to any foreigners. For locals, fusion dishes are always a hit or miss, so the reception remains to be seen.

Otah, a grilled fish cake, is a snack that many love to eat in Singapore. O’TAH doesn’t serve the traditional version but instead contemporary versions, as fries and placing it into burgers. Halal.

A restaurant in Chongqing, China. Jewel’s site says this is popular in Chongqing, but while there are online reviews, it seems mixed and looks generally unreliable.

Four dining institutions from Chongqing are aggregated here; Wu Wonton, Zhengdong Dan Dan Noodles, De Yuan and Qiu Er Guan. Regardless of their reputation back in Chongqing, the initial reviews for Yu’s Kitchen seem to be really bad.

Brands you probably already heard of unless you live under a rock. Have hundreds of chains around the world.

For Tourists and one-stop travelers: Safe options with good quality control and consistent standards. Avoid if your aim is to find food unique to Singapore.

Singaporeans: No reason to travel to Jewel just to eat this.

Started in Taiwan and has chains all over Asia.

This list serves food generally hard to recommend, especially towards people who are more familiar with the cuisine. It’s unlikely that Singaporeans and foreigners will find these options interesting enough to warrant a visit to Jewel.

Opened in 1991, though not particularly famous. The lack of reviews online despite the relatively long history makes this hard to recommend.

Serves kebabs, burritos and bowls. Relatively new, but its popularity meant that it is now all over the place. I would ask people familiar with Mexican and Turkish to avoid this, even though I don’t know too much about either cuisines. Halal.

Serves sushi. Singapore brand that has 81 outlets in 9 different countries. 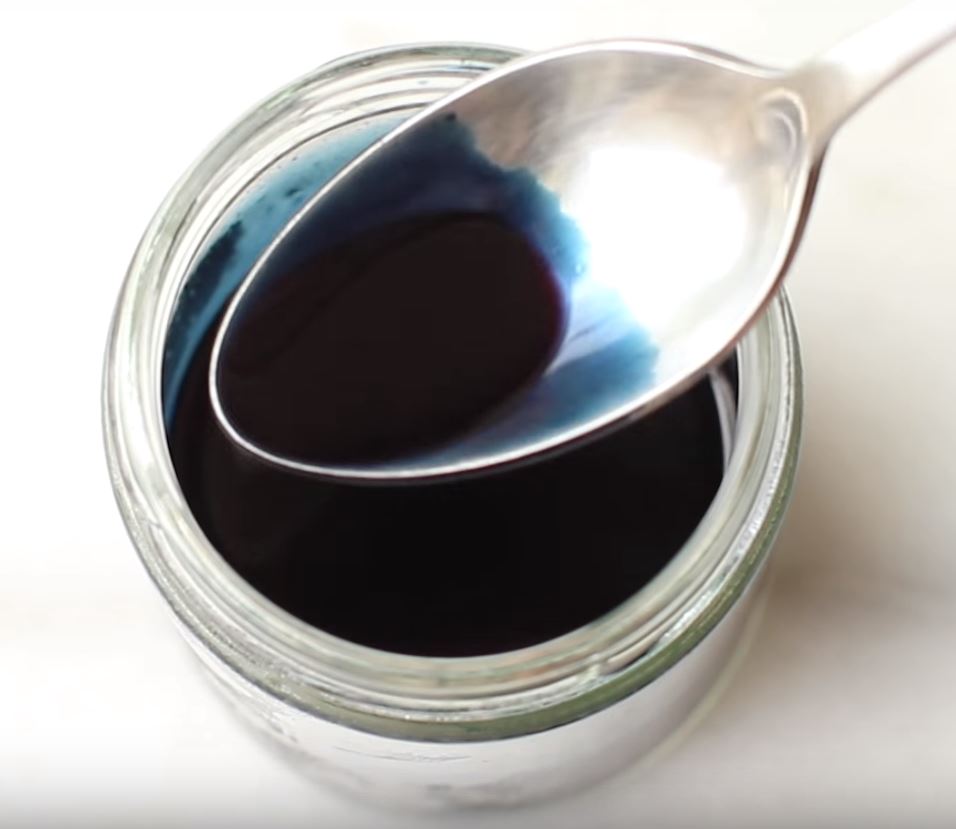 How to make Blue Colored Drinks – A Fat Guide

Food to Avoid in Singapore (and the reasons why) 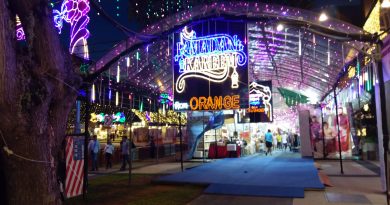 All Geylang Serai Bazaar Stall Images, Understanding why Pasar Malams suck, and why 2019 is significant