It doesn’t matter who you worship, where you come from, or what your moralities and beliefs are. Chances are, people in the same racial or geographical category as you, have a unique recipe for fried chicken.

Sharing the universal trait of fried chicken and poop, McSpicy is the most Iconic Singaporean burger. Based on user up-votes, one reddit thread on r/Singapore had the McSpicy as THE most representative dish of Singapore. At 130 votes it beats out the second highest, calling out Chili crab as a hoax (52 votes) and even more than Hainanese Chicken Rice, Laksa or Bak Kut Teh. Attache was recommended by redditors to McSpicy at the top of a what food to eat in Singapore thread. GoodyFeed described the burger as “synonymous with growing up as a child in Singapore”.

It makes sense. EVERYBODY loves fried chicken, and everybody has to poop.

The McSpicy is not Singapore’s best or a must try, but it definitely has a place in the stomachs of Singaporeans. Nobody really talks about it or recommend it (especially to tourists), but everybody in Singapore have ate it. To a certain degree, we probably like it in some unhealthy, fat way. When overseas, some even start to miss the McSpicy (like this writer). There’s a reason articles mention McSpicy when talking about spicy food in Singapore.

It is the Singaporean equivalent of what “dirty water hot dogs” are to New York City. As Anthony Bourdain said about the hot dog, “It’s what we do.” and “not the best by any stretch of imagination”. McSpicy isn’t the best fried chicken burger by any means, but it’s what we do.

What is the McSpicy?

It’s a simple burger as far as fried chicken burgers go. McSpicy was created in 1999, and soon became one of THE menu items that people go to McDonald’s for.

Toasted sesame buns go on the top and bottom.

A slather of mayonnaise, handful of crunchy lettuce.

And then a fried chicken thigh patty, marinated in spices. According to a comment in this thread, Chili and Paprika are part of the ingredients.

The spice lingers in the mouth, diminishing quickly as you get used to it. People who don’t eat spicy things at all will find this spicy, but people used to a bit of heat will not even sweat. The mayonnaise and lettuce takes off a bit of the heat, as do the buns.

Chicken itself is almost a crunch, due to the thick batter. Well marinated, a freshly prepared McSpicy made with chicken thighs is juicy and flavorful, though it might be a bit on the salty side. While it isn’t the best chicken sandwich, it easily satisfies cravings for fried chicken burgers/sandwiches.

According to McDonald’s SG website, nutritional information and calories (accurate as of April 2018):

It is a ritual and a challenge to the eater. While to most Singaporean palate the spice is almost nothing in taste, the real trial is on the next day. One would enter a war zone in one of civilization’s oldest, but greatest symbol of privacy, the right to sanitation, and reminder that humans are all but equal. When placed in a losing position, combat can be a humbling experience. No human can defy the needs of the body to secrete waste, and challengers of the McSpicy eventually succumb to defeat in the form of sitting for a good amount of time.

That is the trial of the McSpicy diarrhea.

Despite the risks, people eat the McSpicy willingly, which should say something about the importance of food in our culture. But maybe I’m thinking too much. As someone with a pretty weak stomach, eating the McSpicy crippled me for about half a day. One might even go so far as to say that the McSpicy is a laxative.

As for when the McLaosai became a common name I can’t tell, but Laosai is Hokkien/Teochew for diarrhea and it is easy to see that the usage of the term simply spread through casual conversations.

More resources discussing the power of the McSpicy Diarrhea:

McSpicy is simple, but people aren’t satisfied with simple. Urban legends has it that McSpicy is best eaten by adding cheese. Swap the buns for steamed buns (the same buns that Filet o Fish uses instead of the regular buns). If you are feeling crazy you might even add an egg. OR even call for the Double McSpicy with extra cheese.

In order to achieve the dream of that fully upgraded McSpicy, I attempted to replicate the order. But alas, I was denied access by the cashier. I have no idea if only some McDonald’s can offer you that, or if it genuinely doesn’t exist anymore. But for now, due to the McSpicy diarrhea, it is probably something I will never eat again unless I experience constipation.

If you’re wild, the most you can do now is probably pour curry sauce and cheese over the McSpicy. If you do get a meal, DO NOT forget to get curry sauce and McDonald’s chili sauce. In terms of restaurants that give packaged chili (including non-fast food restaurants), few can come close to beating McDonald’s garlic chili sauce. The curry sauce had a bit of a saga, so it is less good compared to before (due to the removal of peanut as an ingredient), but still pretty tasty (though it isn’t curry like, and more on the sweet side).

And perhaps if you don’t care about your bowels, add a Milo for the McSpicy plus Milo experience.

What do other people think of the McSpicy?

Little sane people seems to write about it.

Attache thinks that the burger is delicious.

TravellingMcds gave it a 2.5/5, and didn’t feel that the burger is spicy enough. 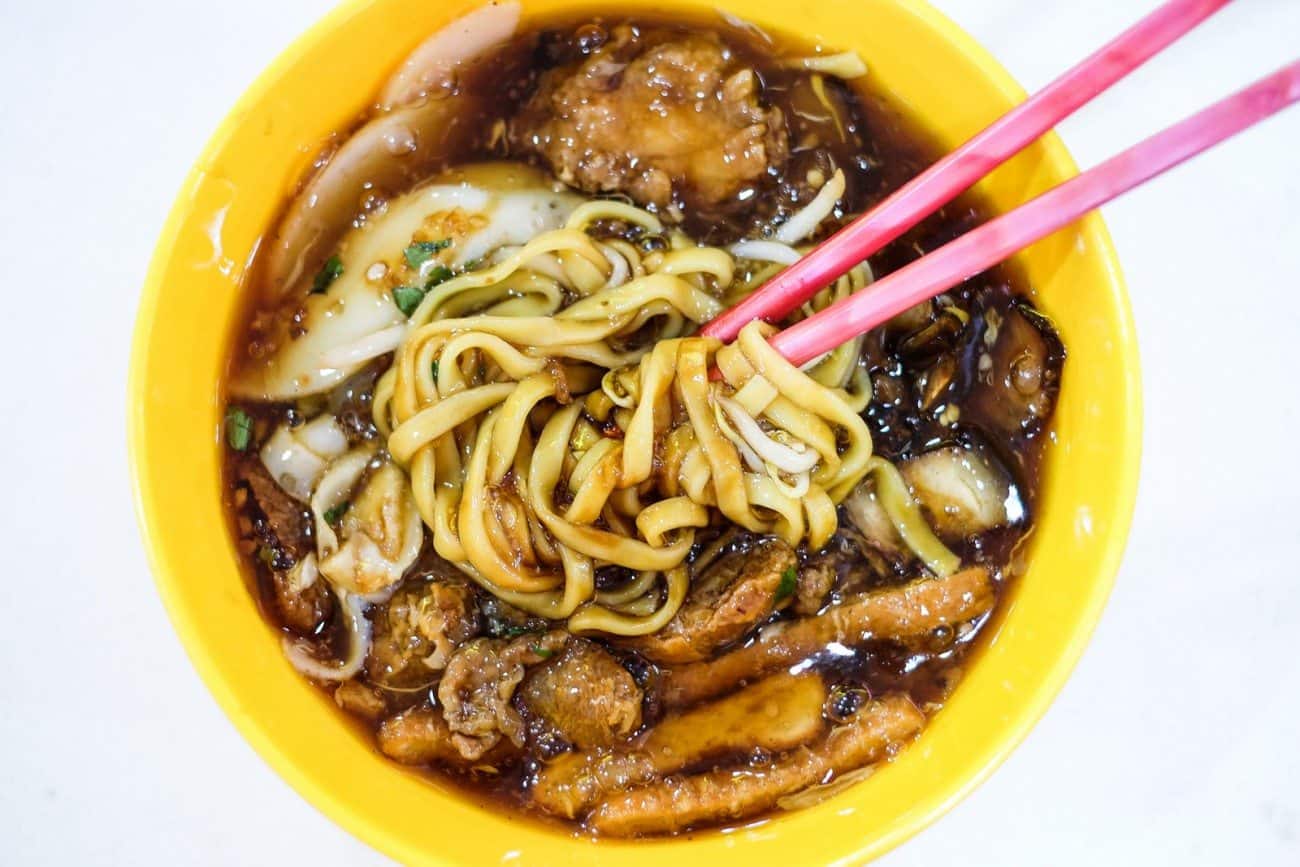 About “Lor Mee” – A Look into its Origins and Various Styles 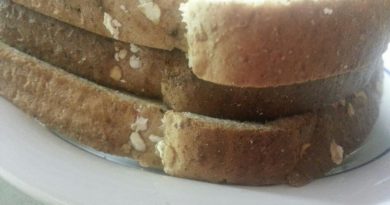 Toast Sandwich, Toast between 2 Slices of Bread, and the Sandwich Water 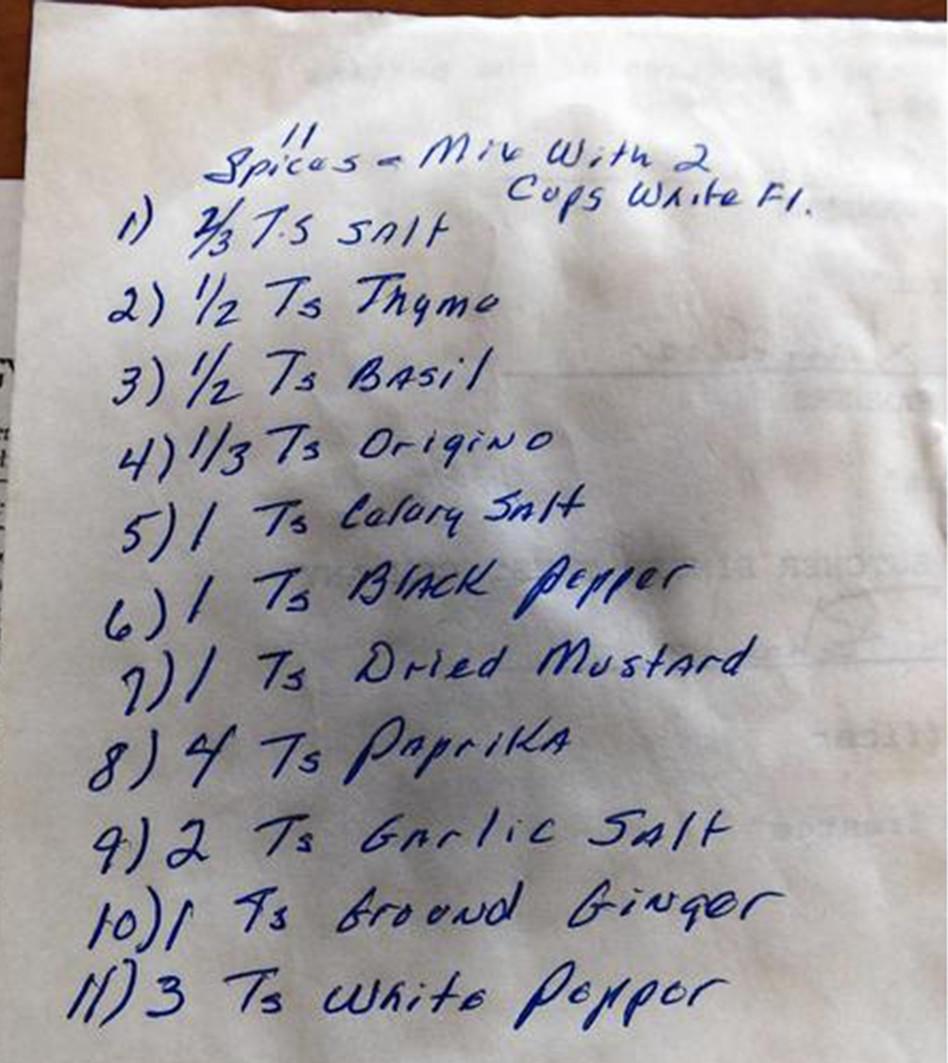