I filmed and turned Hutao’s trailer into a recipe video for her dish, Ghostly March. You can see the full video below:

Sadly, no history or interesting stories about today’s dish. 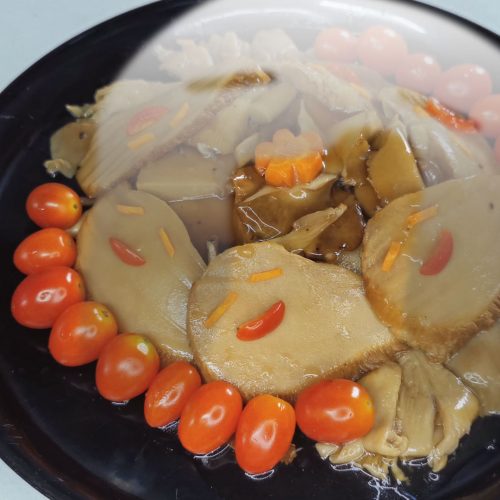 *As an Amazon associate, I earn commissions from purchases made using the links at no additional cost to you.

Can I use other mushrooms?

Vegetarian Abalone is usually served with Broccoli, just like the in-game pic, so you can boil some broccoli instead of using as many mushrooms as I did. As the name states, it uses a mushroom that looks like abalone.

Usually, that would be Bailing mushroom, which looks a lot like abalone when sliced.

Oyster Mushroom as the yellow thing

I also added some oyster mushrooms because it looks like the yellow things in the in game picture. 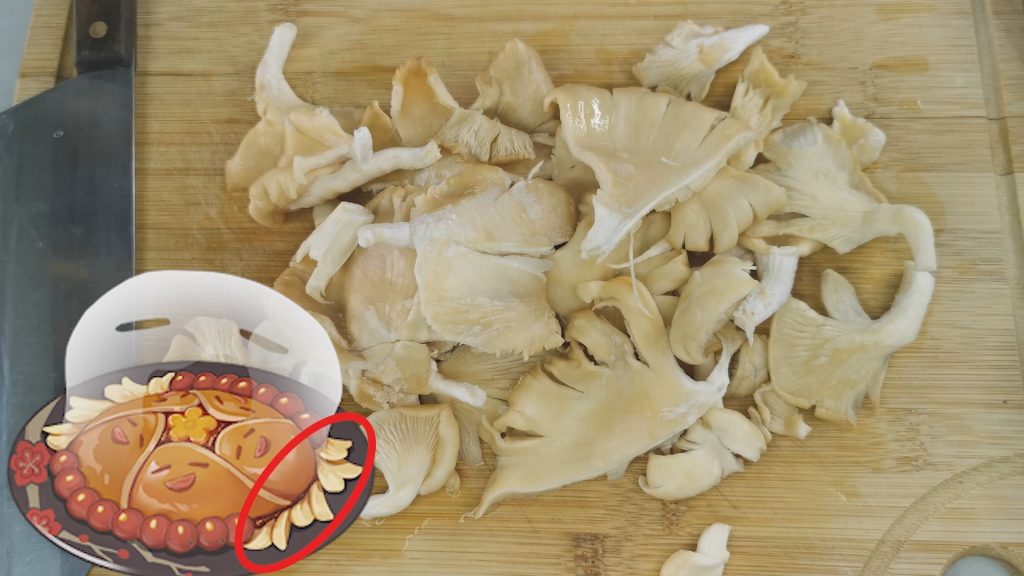 I wanted to try making this ghost thing with real food. Though obviously from the result you can tell that I simply resorted to cheating with Photoshop.

At first, I thought of using things like a clear potato chip using potato starch, or an ice balloon or soy lecithin. Either way, the challenge would be to make the thing float while also maintaining some kind of gradient to look ghosty.

I settled on using agar since that was what I had, but the jelly wasn’t stable enough and collapsed. Then my 2nd try was to attempt a blue screen with a flat sheet of agar. Which is half cheating, but at least the “ghosty colour” will look more realistic.

Yeah well I failed that too since it didn’t look great in practice.

So, photoshop. Just draw the ghost shape, make feather around the edges, then put a gradient and set one end to 0% and we get a ghost.

Enjoyed the article or video? Help support the site and channel by donating through Ko-fi so I can continue producing more content like this!